I was fascinated by the facebook API and the things it could do. It was about 3 years ago. A lot has changed about facebook API since then. FQL is no longer available. Graph API is the only option. And the data you can access using it has become severely limited.

I am not a big facebook fan. In fact, I hate it moderately, in keeping with most characters in the movie, “the social network”. But, it offers a ton of data on people you know. You can collect this data and come across some interesting insights.

That’s what I wanted to do when I started writing code for tracking data on facebook. Initially, I started with bash scripts. I used wget or curl to make requests and awk, grep, join, etc. To process the data.

Soon, I moved to python. I created a database for data I wanted to track. I scheduled a cron job on my machine to query facebook at regular intervals to get the data.

I designed the cli to make charts / graphs for the following:

The graph was the most interesting insight of them all. I already anticipated that it would show a small group of people heavily connected to each other and others gradually less connected.

I ran the job for about 6 months. Then, I generated some graphs using the data. Following is one such graph. 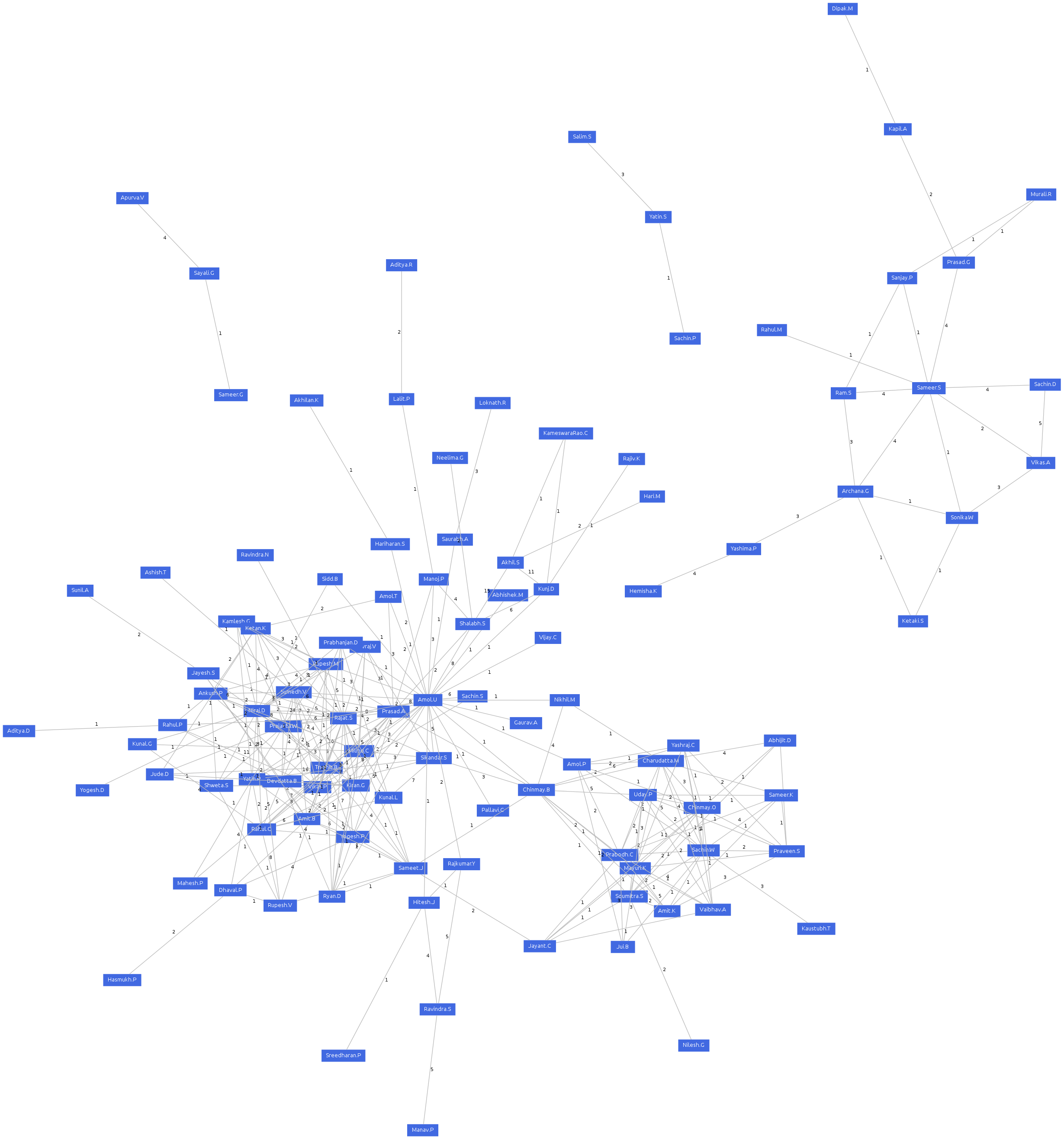 Here’s the cropped sub-graph mentioned in #2: 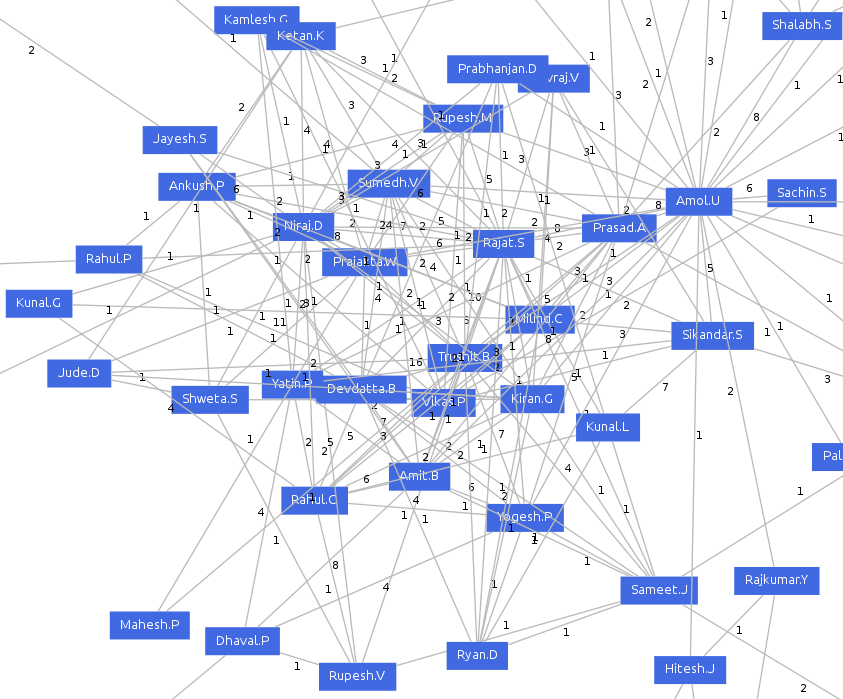 It was fun to see the graphs generated by this utility. It was interesting to see how the graph expanded and included more connections and people as the time passed.

Here is the github repository hosting the code. fb.py is the workhorse, querying facebook, rendering plots and graphs. graph.py contains a small class to render a graph using graphviz python bindings (gv). action.py contains my attempt to map command line sub-commands and arguments to functions based on regex matching. It worked, but, it is obviously not a good way to handle command line interface.

Unfortunately, the code won’t work anymore as FQL has since been deprecated by facebook. Also, I started to make changes to the code to make it a python package, to be installable and usable by others. But, those changes are incomplete.

It was an interesting experiment nonetheless.